Everything you need to know about printed circuit boards

Printed circuit boards (colloquially known as PCB) are incredibly common in the world of electronics. In fact, they are used in everything from our smartphones and televisions to our microwaves and remote controls. But how many of us actually understand them?

In essence, these are the circuits that make our electronics work the way they do and exist to direct electricity to various components via a plastic board that’s reinforced by glass. The board is lined with copper wires (traces) that feed these components with energy and guide the electricity where it needs to go. But is there more to a typical PCD than meets the eye?

It’s all about the layers

Simple PCBs will be single-sided but can become more and more complex as more layers are added, each with their own trace formations. The more advanced the electronic device, the more layers there will need to be.

A basic PCB can be thought of almost like an electronic cake with various layers. Visually, however, it will generally be green, because that’s the colour of the solder mask and the silkscreen that needs to be there in order to insulate the clipper from the other metallic components. Your basic PCD will include a number of traces and components, all linked together by solder, with the traces acting as the bones and the components the organs (if we’re comparing a PCD to an organism). 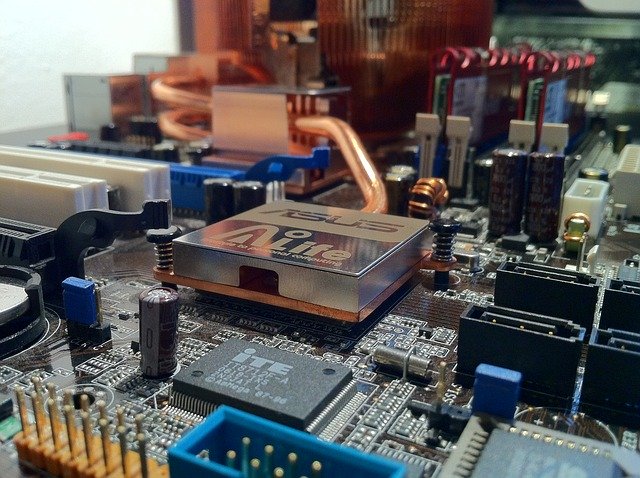 Most PCBs will typically include the following components:-

These are just a selection of the components you’ll typically find and even that some PCBs can have up to 12 layers, there are other components to consider that will depend on the complexity and size of the device.

Putting together a PCB

When constructing a PCB, an engineer will generally compile components from an online source such as RS Components or a local electronics store and attach them to the board by surface mounting them with solder. This is, of course, a delicate task that requires a steady hand, as any stray blobs of solder could lead to a short circuit. When it comes to PCBs, always practice caution.

Ideas for a Bold and Beautiful Kitchen

How to Install Wall-Mounted Lights to Instantly Update...

The Benefits of Having a Dishwasher at Home

Apply These Tips to Your Appliances to Extend...

Add A Little Bit Of Flair Back Into...

How to clean your oven in five easy...

How to read an Electric Meter?

How to reset a home alarm system

How to Install Wall-Mounted Lights to...

The Benefits of Having a Dishwasher...