A Brief History of CNC Machinery

Computer Numerical Control (CNC) machines are advanced computer-controlled cutting machines used for cutting various hard materials. They perform pre-programmed commands which enable large volumes of material to be cut to a standard size in a short period of time.

The earliest CNC technology was developed shortly after World War II as a reliable and more repeatable way to manufacture more complex and accurate parts for the aviation industry. Developed by John Parsons, this early technology produced templates from data on punch cards that could be used to create identical parts accurately and efficiently.

Parson’s early success lead to numerous Air Force research projects at the Massachusetts Institute of Technology (MIT) starting in 1949. They resulted in the development of an experimental milling machine that was extensively modified to incorporate three variable-speed hydraulic transmissions that were connected through lead screws. Through the gearing and lead screws, each transmission could produce a 0.0005” motion of the table, head or cross-slide for each electrical pulse it received from the director.

By 1953, enough tests had been conducted and data collected to indicate the practical possibilities of CNC technology. However, a different and less accurate experimental NC machine was also developed at MIT and became the true prototype for the future of CNC machines.

As numerical control technology developed throughout the 60s and and early 70s, CNC machinery started to evolve and look similar to today’s technology:

The 70s brought around major change through the increased power of computers and the introduction of lower-cost minicomputers. This made CAD software more accessible to a wide array of businesses and consumers. And, a whole host of CAD oriented companies, many of whom are still in existence today, arose to meet the growing demand.

Over the next couple of decades, computing technology helped advance CNC machinery into the type of machinery you can expect to find today.

Modern CNC machinery is much faster and more efficient than CNC machinery of the past. They now offer automation features and complex management functions that allow CNC machines to be used for a large variety of purposes, including carpentry shop machines such as the panel saw, the spindle moulder, and the boring machine. 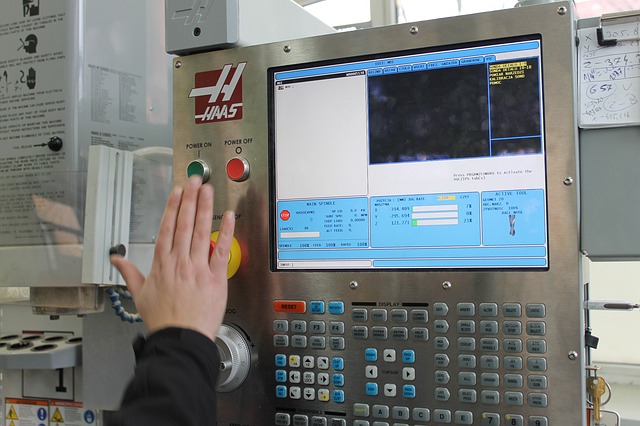 This article was supplied by Calderbrook – suppliers of both new and second hand woodwork machinery to the woodworking industry for over 20 years.

How To Make Moving Day Easier To Manage

Some Must Have Tools for Your Toolbox

What Power Tool Brands Have Proven Themselves Worthy?

Must-Haves for Your Tool Boxes If You Are...

Why You Need A Ratchet-And-Socket

Why Should I Invest in an Air Compressor?

5 Essential Tools for a Construction Project

How Aluminum Foil Bags Can Be Used to...

Some Must Have Tools for Your...

What Power Tool Brands Have Proven...

Must-Haves for Your Tool Boxes If...