Healthy eating habits are something anyone of any age can learn. Just because you spent the early years of your life eating food that is void of nutritional value or high in fat, sodium or sugar doesn’t mean that you can’t change that now. The following guide helps you determine which foods to load up on and which to avoid. It helps you cultivate a deep respect for the farmer, the picker, and the transporter who all were responsible for providing you with safe, delicious foods to eat daily. 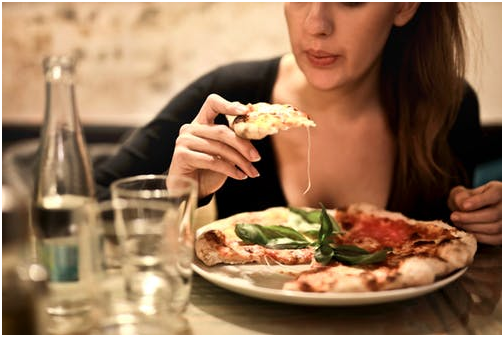 How to Become a Healthier Eater

There are many other tricks of the trade that you’ll learn along the way. For the time being, however, focus on what you’ve just learned and commit it to memory. That way, it becomes second nature to grab an apple or orange for a snack instead of a candy bar and diet soda.

The more mindful you are about the choices you make involving food, the easier it will become to develop healthier eating habits. You may not even recognize the fact that you’ve instinctively reached for something healthy opposed to something fat-filled or covered in sugar. You’ll have made real progress by changing the bad habits you once had and replacing them with new, healthier habits.

Change Begins with You and the Way You Approach Food

Establish healthy eating habits by being mindful about the foods that you eat as well as when and where you consume your meals and snacks. By conscientiously focusing on the food that you’re nourishing yourself with, you’re able to eat more healthily and consume far less than you do when you’re engaging in one or more activities while eating.

How the Manufacturing Sector is Becoming More Eco-Friendly

Is Using CBD A Healthy Choice?

Tips on How to Claim Long Term Disability...

How to Modify Your Diet and Start Losing...

How to test for bladder problems?

How to treat Psoriasis?

How to keep your skin looking youthful using...

How to make Almond Oil yourself

How to make Fruit Pizza

How to prevent Macular Degeneration

Is Using CBD A Healthy Choice?

Tips on How to Claim Long...

How to Modify Your Diet and...